For These Alumnae, Games Are Hard Work 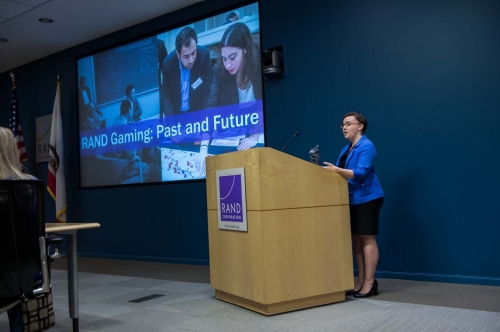 Now a defense analyst at Institute for Defense Analyses, Wong helped to develop Hedgemony while she was a researcher at RAND and co-director of RAND’s Center for Gaming. A tabletop game, it presents players, representing the United States and its key strategic partners and competitors, with a global situation, competing national incentives, constraints, and objectives.

“The game forces you to take what might be called a hedging strategy against what might happen in the future and how the future might develop,” Wong said about the game’s name. “Also, hegemony without the ‘d’ is from political science — hegemonic stability theory and the hegemon is the strongest country in the world. It tends to enforce an order.”

When Wong left RAND, Bartels applied to be — and was appointed — co-director of the Center for Gaming. Although not a foregone conclusion, the role was certainly well-suited to Bartels’s strengths. Prior to joining RAND, Bartels was a senior associate at Caerus Associates and a research analyst at the National Defense University’s gaming center, and while a student at Pardee RAND she helped develop a workshop for the group Girl Security.

She has written numerous commentaries and reports on varying aspects of war gaming, including her dissertation: Building Better Games for National Security Policy Analysis: Towards a Social Scientific Approach.

O'Hanlon admits that her interest in gaming is in fact more of a hobby. “I spend most of my time as a health services, economics, and policy researcher in Los Angeles,” she said, but she spent some “pandemic free time” making ControVersus — the game she developed while participating in Pardee RAND’s Tech Lab Pilot — more accessible.

O'Hanlon figured out how to put the game online using the website Tabletopia, so people can play against friends and family who may not be in the same city or even country.

“ControVersus stimulates discussion and debate on the most important issues of our time,” she sais. It is “a card submission game for wonky friend groups, aspiring deep state operatives, and anyone who wants to sabotage Thanksgiving dinner.” And now players don’t even have to be in the same room to start a political debate! 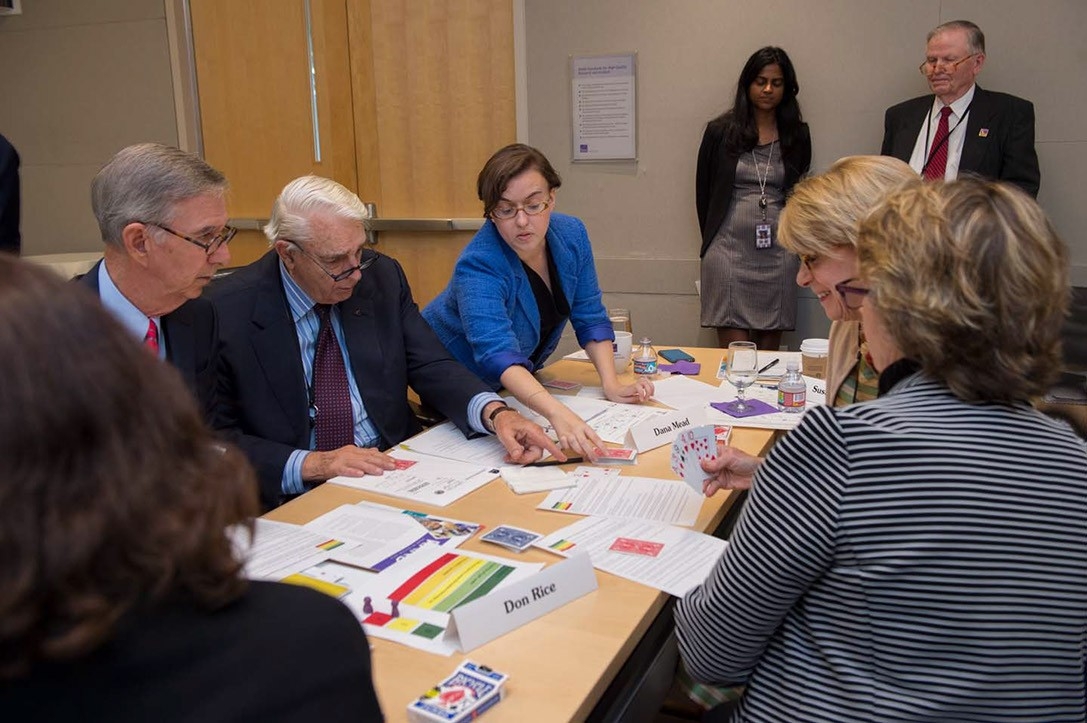 Ellie Bartels walks Board members through some tabletop exercises 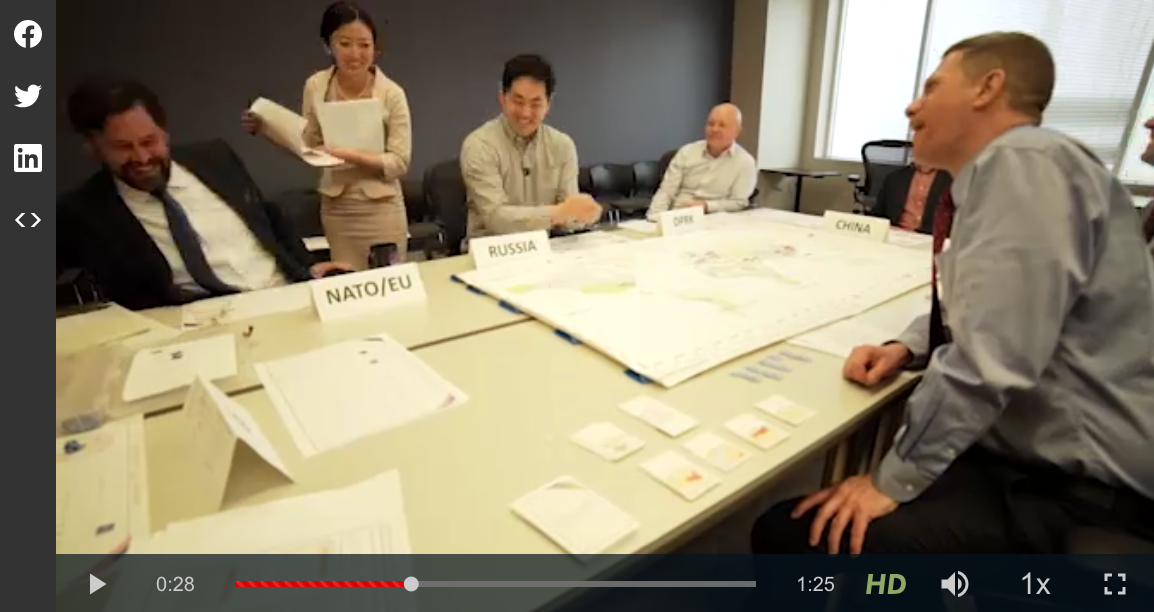 During user testing of Hedgemony, Wong took notes and helped monitor the events, to help improve the game play. RAND created a video to describe the game. (Click to watch) 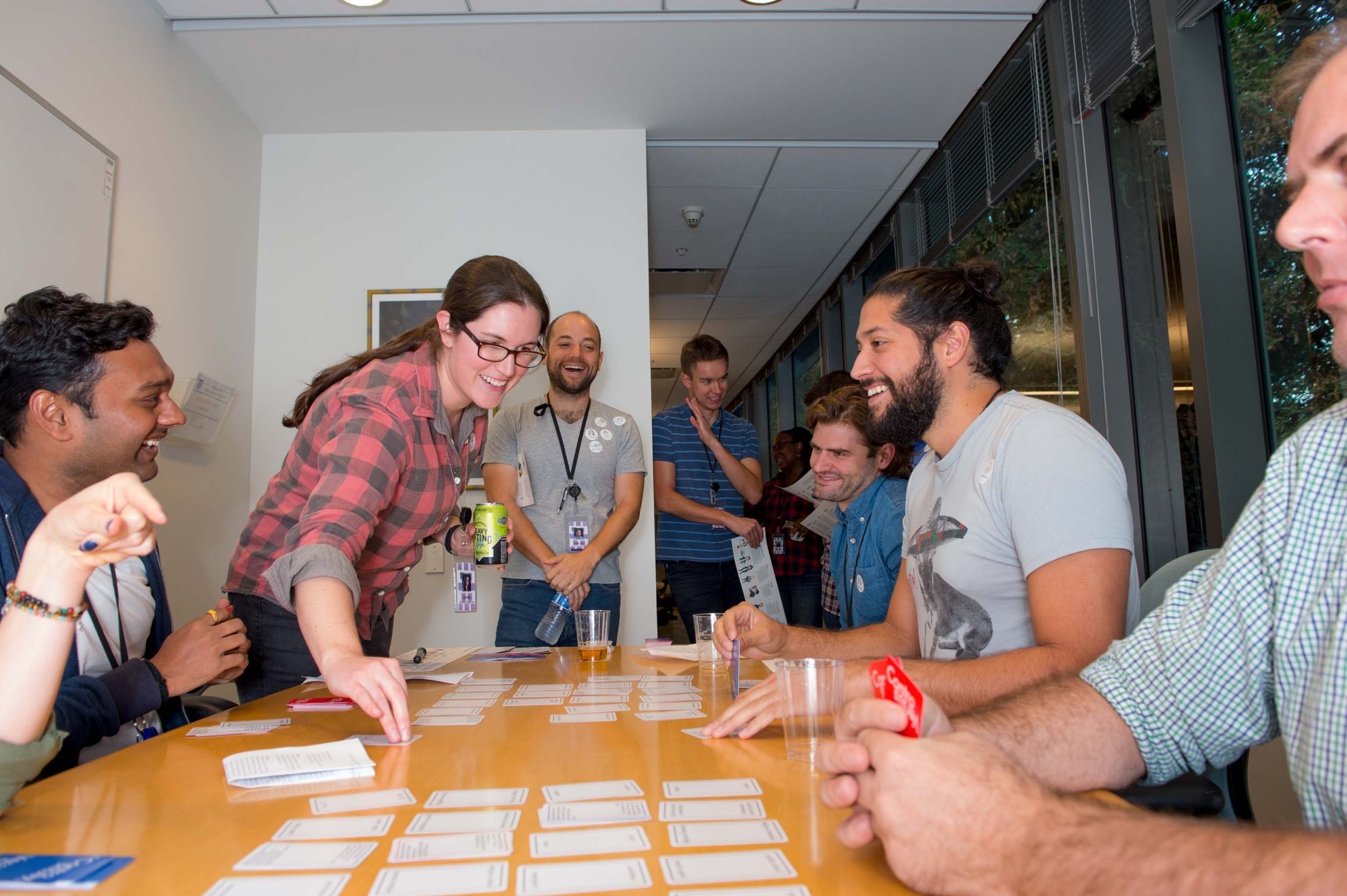 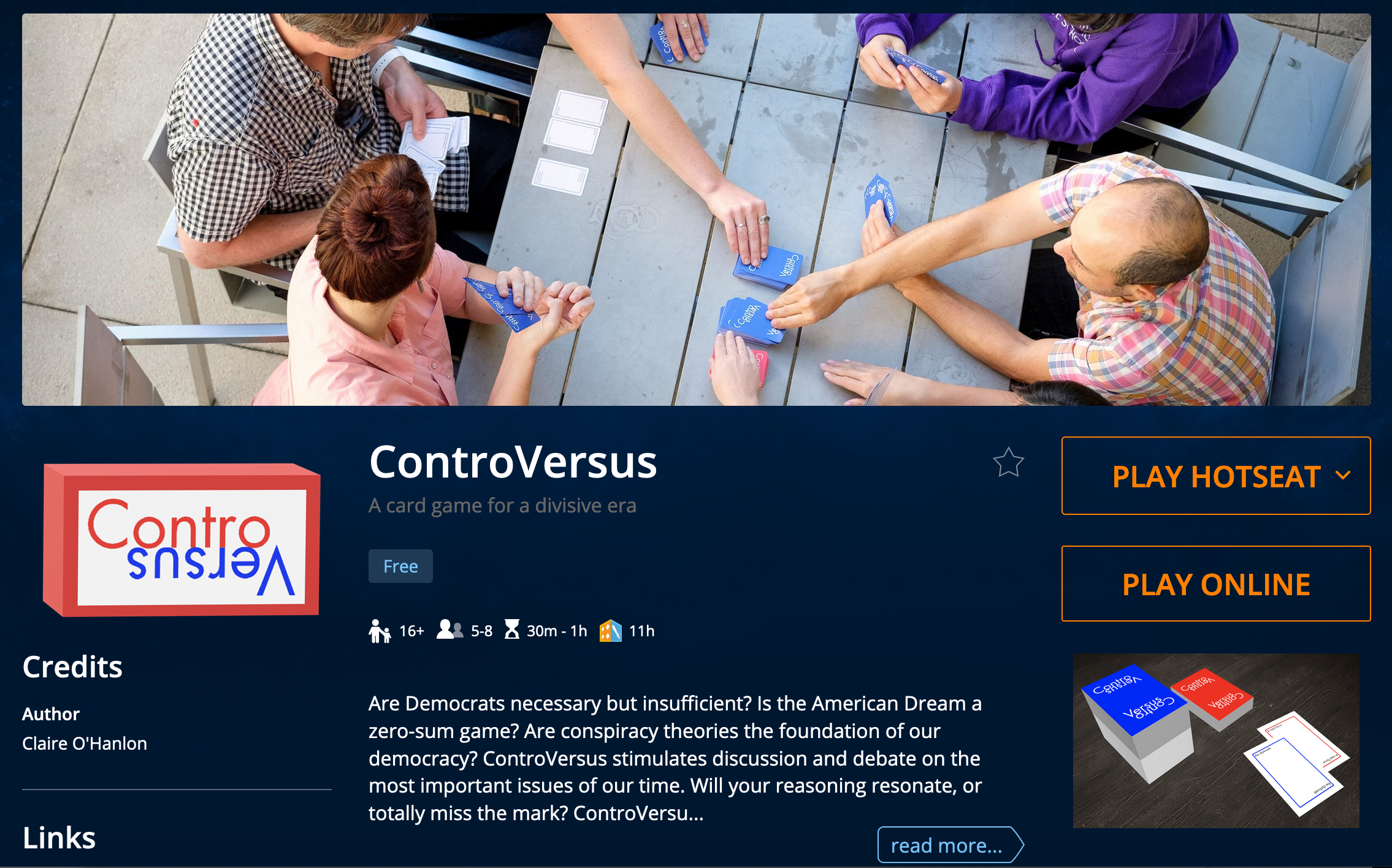 ControVersus can now be played online