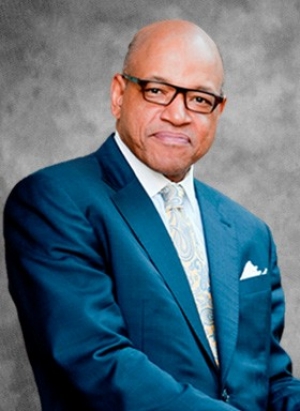 Morehouse College President David A. Thomas joined Pardee RAND Graduate School Dean Susan Marquis for a video dialogue on June 11 to discuss answers to the question posed by Martin Luther King Jr.’s last book, “Where Do We Go from Here?”

The book, a series of essays on the progress and future of the civil rights movement, shares King’s vision of equality for the nation and challenges people of all races to work together to further the causes of social justice.

Thomas and Marquis discussed the commonalities between King’s vision for equity and equality in America and the goals of the new anti-racism movement in the United States. The dialogue took place in the context of recent civil unrest throughout the United States and the world in response to police brutality, racism, inequality, and inequity, and the call for a new Civil Rights agenda. More than 250 students, faculty, and RAND staff connected to watch, listen, and participate in the lively discussion.

To bring context to what he sees as the continued push to achieve King’s dreams for America, Thomas started by describing his background. The son of a welder with a middle-school education, Thomas grew up in a segregated neighborhood in Kansas City during the civil rights movement. He was offered a full scholarship to Yale in 1974, after which he pursued graduate studies at both Yale and Columbia. His Ph.D. from Yale is in organizational behavior studies.

Thomas was the H. Naylor Fitzhugh Professor of Business Administration at Harvard Business School and dean of Georgetown University's McDonough School of Business before being named president of Morehouse in 2018.

He said the death of George Floyd made the world take notice of what it is like to live as a Black man in the United States.

"The thing that many people lose sight of is, as a Black person in America, [the recent deaths] are not news," he said. "I'm 64 years old. I can't think of a year where there wasn't some incident of that nature that happened. But we weren't able to capture it on television, or on our telephones and then put it on TV."

“I'm 64 years old. I can't think of a year where there wasn't some incident of that nature that happened. But we weren't able to capture it on television, or on our telephones and then put it on TV.”

He also described the all-too-common fear among Black parents that his children would be racially profiled or hurt by police. "As a Black parent, you know what terrorism means every time you send your Black sons out on a date," he said. "I can remember my wife and I staying up to make sure our sons got home."

During the discussion, Pardee RAND student Michael Gaines (cohort '17) asked Thomas and Marquis: "How do we address systemic racism and resulting institutional advantages when the typical person views change from a zero sum perspective, if you gain, I lose?"

Thomas said the problem needed to be addressed “from two perspectives.”

He gave as an example the College Board's SAT and graduate entrance tests. "We literally reify and almost sanctify things like Board scores when all the data show that there are ... differences that can only be explained by race. Why don't we get rid of those, or create other admissions criteria that make them optional? That's a choice for leadership. It institutionalizes biases that we know are in our society." 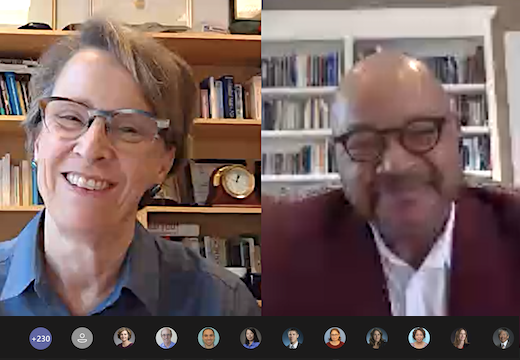 He continued to answer Gaines's question, looking at the society of the future.

"When we think about it in terms of the future we want to build with young people, how do we get them engaged in understanding each other in a deep way?" Thomas asked. He added that young people today are "much more culturally integrated, but they're not socially and emotionally integrated. How can we begin to convert that?"

Thomas added that part of the problem is lack of network diversity or interpersonal integration. For example, he said business executives are calling him now asking “'What did I miss?' My White friends aren't calling me up asking that question, because we've been having that conversation. Most White executives, senior leaders, deans, and presidents, they don't have that diversity in their networks."

When asked how Pardee RAND can help to break down these walls, Thomas said it's especially important for minority students to be mentored and supported, because there are so few minority faculty members.

“Every great piece of research has an autobiographical element behind it. That's even more so for students of color going into a Ph.D. program, and it's usually harder to hide.”

He explained, "Every great piece of research has an autobiographical element behind it. That's even more so for students of color going into a Ph.D. program, and it's usually harder to hide."

"How a dean defines the intellectual terrain we've got to map also sends signals of value to who we need here," he said. "That has to do with what students we want, what faculty we want, and that's where I would start."

A follow-up question asked how RAND and other predominantly White institutions could better support people of color.

"We have to be open to learning what we don't know," Thomas said. "If you don't have a lot of faculty of color, to learn what you need to know, you'll have to learn it from your students. It's about creating relationships, and trust, and engaging, and being honest. It's a back and forth."

This is another reason why diversity is so important within all levels of an organization, he said. He returned to the topic of conversations, or lack thereof.

Marquis later asked Thomas what public policy has missed. Thomas responded with a question of his own: "What are some of the social dynamics that, if we can't fix them in this country and this world, are likely to threaten its existence?

"We know there are a few. One we're living now: the issue of race. It's pulling us apart. It is tightly linked with another, which is the income gap and wealth gap in our country. They have distinguishing dynamics, but they're inextricably linked."

Until income, wealth, and educational gaps are addressed, Thomas explained, Black families will not progress like their White counterparts.

“We're in the midst of these two viruses. They require the same three things: leadership, relationship, and alignment.”

“We're in the midst of two viruses,” Thomas said, referring to racism and COVID-19. “They require the same three things: leadership, relationship, and alignment. You've got to apply the same leadership you would apply to a problem that you think is important to an organization, to your business, to the issue of institutionalized racism. You have to build the relationships that will equip you as a leader to engage these issues. And you have to have leaders with relationships that help them create new forms of interaction and policies that will address the problem in the long term."

"Leadership in both, in my view, doesn't differ," he said. "It starts with asking, 'How serious is the problem?' If you believe the problem is serious, you are willing to rethink and inconvenience the organization, the country, or the state, wherever you're exercising leadership, in ways that may initially feel uncomfortable, but you're also willing to message why this will make us better, why this will make us healthier."

This article was featured in the Spring-Summer 2020 issue of Findings, the Pardee RAND Alumni newsletter. Read other articles featured in this issue: