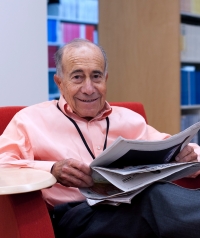 Charles Wolf, Jr., the founding dean of the RAND Graduate Institute, passed away on October 24, 2016. He was 92. During his remarkable career as a renowned economist, researcher, educator, and advisor to businesses and governments, he also helped establish what is now the Pardee RAND Graduate School and served as its dean from 1970 to 1997. Over his 60 years at RAND, Wolf was a teacher, mentor, and friend to countless students, alumni, staff, and professors.

He joined RAND as a senior economist in 1955 and was professionally active as a Pardee RAND professor until just before his passing. A prolific researcher, Wolf authored nearly 300 academic publications and more than a dozen books. His research focused on economic development, particularly in Asia; the economics of communist systems and their transition to market-oriented societies; foreign aid and security assistance; and burden sharing among allies.

"Charlie Wolf was a significant figure at RAND for much of its history," said RAND president and CEO Michael Rich. When RAND launched its graduate school in 1970, Wolf became its founding dean, leading the school for nearly 30 years. From the start, the School was regarded as one of the most rigorous policy analysis programs in the country.

Wolf was also committed to Pardee RAND as a philanthropist, making major contributions to the graduate school's endowment with his wife, Theresa, an artist whose work is on display at the school. "Their generosity will help ensure that RAND will thrive for years to come," Rich said in a 2015 speech saluting Wolf's career. "And it set an example for the rest of us."

In the late 1990s, Pardee RAND alumni and other donors honored Wolf's generosity by establishing the Charles Wolf, Jr., Endowed Lecture Series to bring noted economists and speakers to the school to address important and timely policy issues. In 2014—in recognition of Wolf's 90th birthday—alumni and friends set up the Charles Wolf Endowed Tribute Fund to support future Pardee RAND students. The Fund, designated to support dissertation awards, has been receiving memorial gifts in tribute to Wolf’s life and legacy. Wolf was most passionate about working with students on their dissertations, and actively chairing committees when he passed. He is deeply missed by all.

Many individuals and organizations have paid tribute to Dr. Wolf upon hearing of his passing. Here we offer a few comments and links.

The RAND Corporation issued a news release on his passing, quoting RAND president and CEO Michael Rich: "As a leader of our Economics Department and founding dean of our graduate school, he helped shape generations of economists, statisticians and policy analysts. And his personal research made impressive scholarly contributions to several fields at critical junctures in time."

The Wall Street Journal noted, "Across four decades Wolf contributed articles to these pages that were always wise but, more importantly, prescient about events in ways that most policy intellectuals simply missed."

The New York Times noted, "Dr. Wolf was among the first to predict the economic disintegration of the Soviet Union in the 1980s. [He] wrote prolifically, including for The New York Times and The Wall Street Journal. In his writings, he not only identified weaknesses in the Soviet economy but also cautioned, in the late 1980s, against fears that Japan would overtake America’s economy and that the United States was in decline."

Alum Arthur Brooks shared his comments in an AEIdeas blog post, "Not only did Wolf shape my thinking as a young policy analyst, but he also made a personal impact on the trajectory of my life and career. He was the dean who accepted me into PRGS, where I would earn my PhD in policy analysis. And as I finished up that degree, Charles was on my dissertation committee. I will remember him for his brilliance, to be sure -– but also for his warm humor and his willingness to take a young scholar under his wing."

Similarly, RAND alum Benjamin Zycher wrote in AEIdeas, "I am saddened by his passing, but my memories of Charlie will inspire me for the rest of my days."

The Weekly Standard also published an obituary, including an excerpt from Wolf's last article published there. 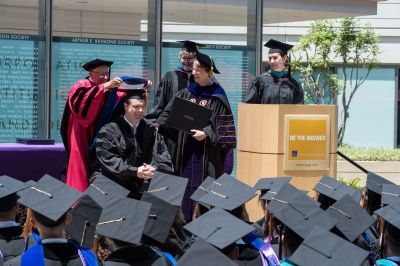 Charles Wolf presents a Ph.D. hood to one of his students at the 2016 Pardee RAND Commencement 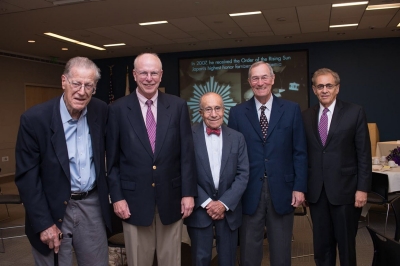 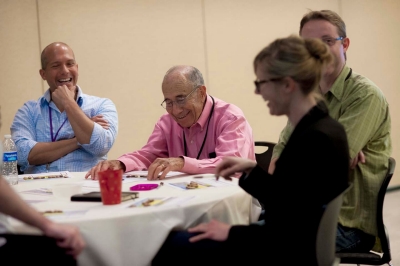 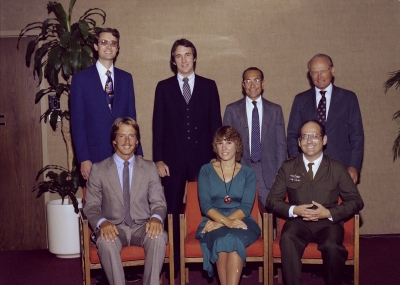 The Dean and graduates of the RAND Graduate School in 1980 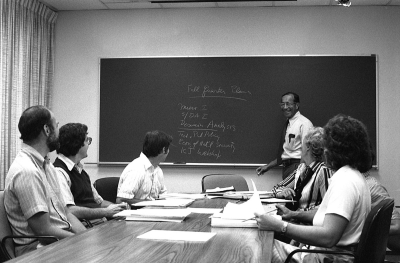 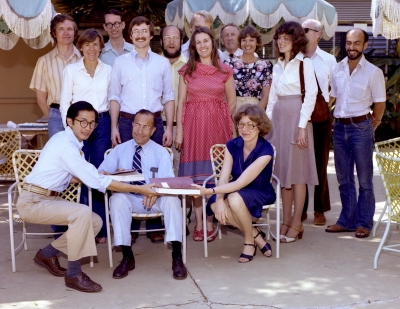 The Dean and 1978 graduates of the RAND Graduate School