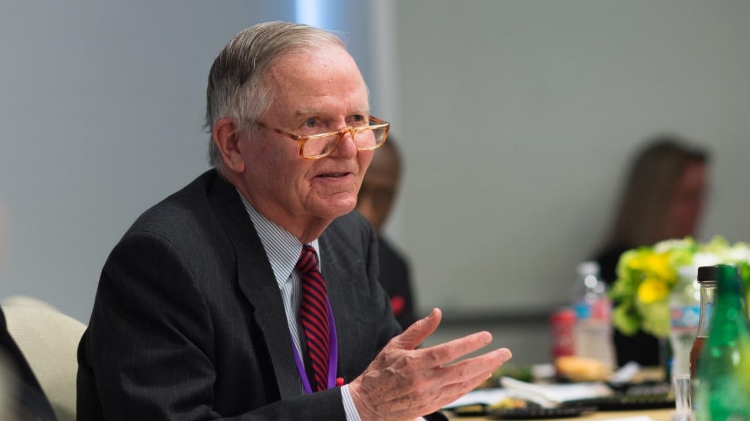 At a Pardee Initiative lunch in 2015 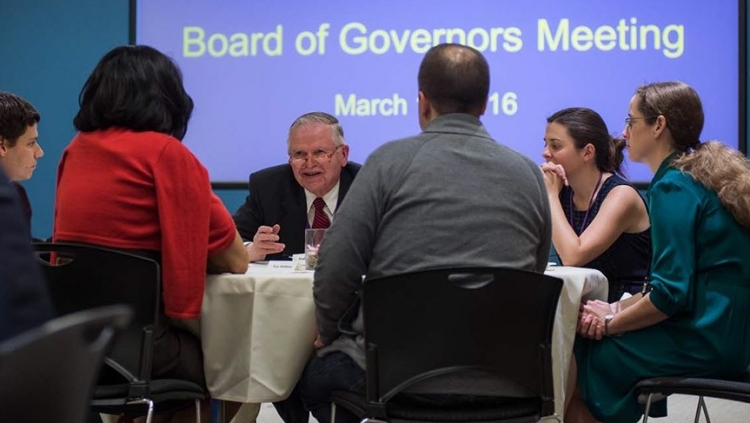 Frederick S. Pardee, a former RAND researcher, longtime RAND supporter, and the graduate school’s namesake, passed away on June 27, 2022. He was 89.

Fred Pardee, who gave generously to RAND throughout his life, was an economic analyst at RAND from 1957 to 1971. Born in 1932 in Bolton, Mass., Pardee said he grew up during World War II dreaming of peace among nations and a better human condition. After earning both bachelor’s and master’s degrees in business and management in 1954 from Boston University, he served in the Air Force before joining RAND. Shortly after leaving RAND, he founded a privately held investment firm that owns and operates apartment complexes in and around Los Angeles.

“Despite his success in the real estate world, Fred remained a researcher at heart, and his focus over the past 25 years was to use his success to make a difference in the world,” said Michael D. Rich, president and CEO of RAND. “He understood the importance of research and policy analysis, and his generosity also helped ensure that RAND will continue to educate the researchers of tomorrow.”

The Pardee RAND Graduate School has carried his name since 2003, when he made a generous donation to support its endowment, which allowed the graduate school to expand.

“It’s such an honor to have the graduate school bear the name of Frederick S. Pardee,” said Nancy Staudt, Frank and Marcia Carlucci Dean of the school and vice president of innovation at RAND. “Fred was widely admired by RAND faculty, staff, and students. He inspired countless researchers and students to help make the world a better place.” 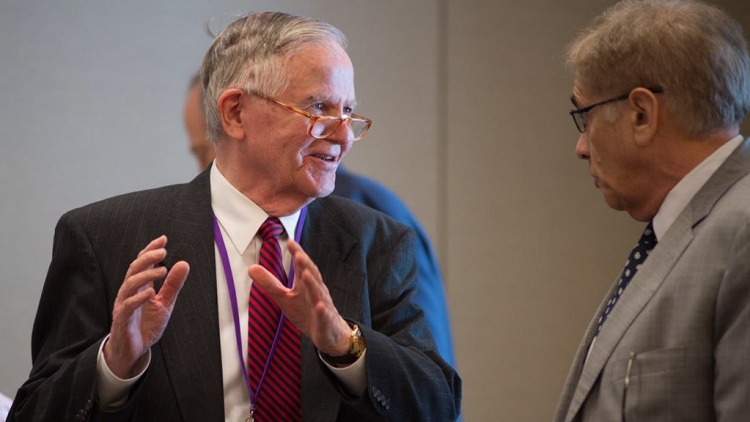 Talking with Michael Rich in 2015 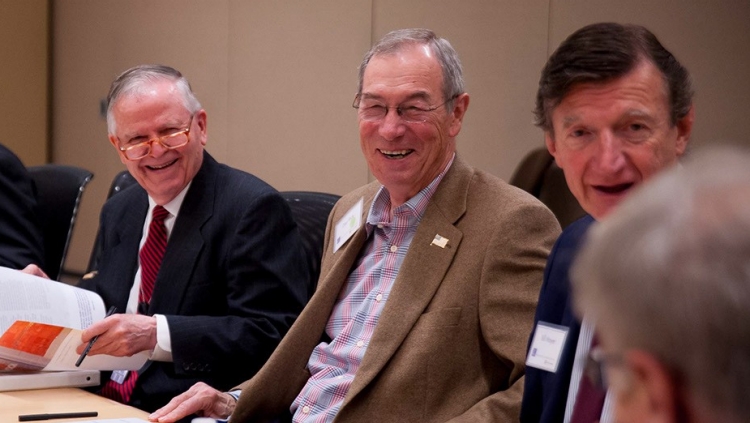 Enjoying a Board meeting in 2013

Over the course of his lifetime, Pardee contributed more than $30 million to the Pardee RAND Graduate School and RAND. His long history of support includes a gift in 2001 to create the RAND Frederick S. Pardee Center for Longer Range Global Policy and the Human Condition. In 2012, he established the Pardee Initiative for Global Human Progress. His final gift, in 2020, included two Los Angeles apartment buildings designated specifically for Pardee RAND student housing—to help students and their families relieve the burden of finding affordable housing.

From 2003 until his death, he served on the board of governors of the Pardee RAND Graduate School and helped position it as a first-rate policy Ph.D. program.

“Our ongoing relationship with Fred reflected his deep-seated interest in innovative problem-solving, particularly in the application of new discoveries and insights aimed at improving the quality of human life on a global scale,” Staudt said. “He will be deeply missed by all.”

RAND and Pardee RAND plan to host a celebration of his life and will share details as they become available. In lieu of flowers, make a gift in memory of Fred Pardee. 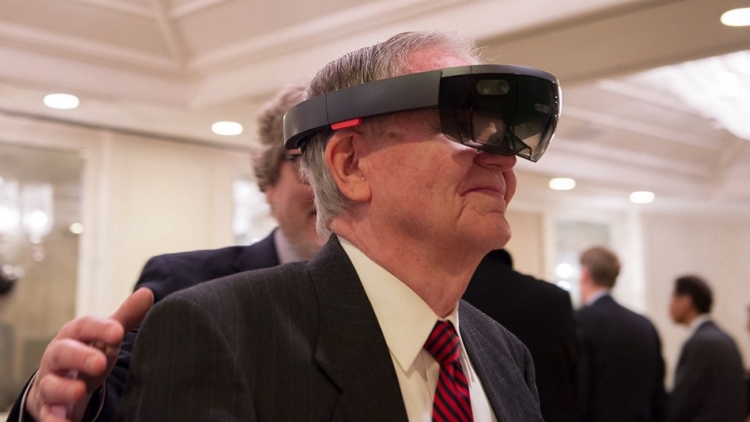 Exploring virtual reality at a Board meeting in 2017 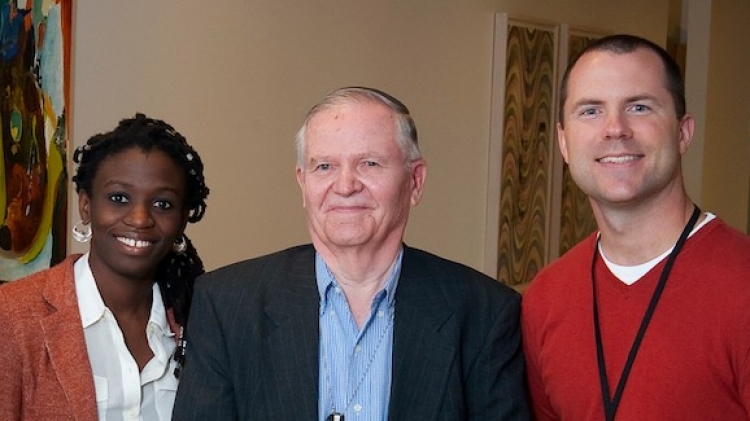 With Pardee Initiative scholars in 2011