Governance of Risk in Sub-Saharan Africa 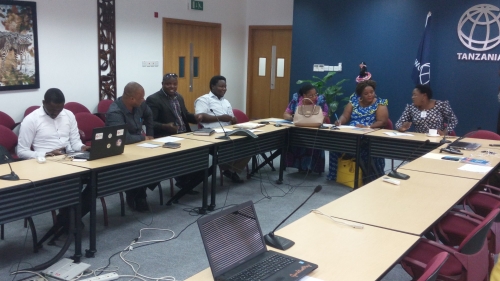 Urbanization in sub-Saharan Africa is occurring at a rapid rate: by 2050, it has been estimated that there will be nearly 800 million more urban-dwelling Africans than there were in 2000. Although urban areas are places of incredible resources, those resources can be difficult to access without the right economic, social, and political assets.

Left unchecked, extreme poverty, vulnerability, and risk could also be urbanizing. With this in mind, researchers explored how interactions between people, the built and natural environment, and institutions shape and influence urbanization, the risks that arise as a result, and potential paths forward for reducing risk.

Urban risk is ultimately the outcome of human decisions, such as those related to land use, natural resource management, building codes, and the provision of social services. These decisions can leave poor and marginalized people more exposed and more vulnerable to the wide spectrum of hazards found in cities.

The researchers found that urban risk management tends to be hybrid, meaning it is provided by both state and non-state actors. Hybridity appears to be the norm rather than the exception for disaster management, particularly in developing countries where the state is often relatively unable or unwilling to provide essential services. In these instances, risks are addressed—to the extent that they are addressed—by state as well as non-state entities, including citizens, NGOs, customary authorities, international organizations, and the private sector.

Attempting to bring disaster management under the sole remit of the state has the potential to create rather than reduce risks, the team observed. To make this argument they reviewed the key tenets of hybridity and discuss their applicability to the field of disasters. They then examine the hybrid risk management practices in three cities in Africa as illustrative cases of hybridity: Dar es Salaam, Tanzania; Freetown, Sierra Leone; and Monrovia, Liberia.

The team explains how a hybrid perspective demands localized understanding of disaster risk that is cognizant of both state and non-state actors and supports informal processes for risk management as well as formal ones. These findings have implications for governance scholars researching disaster management.